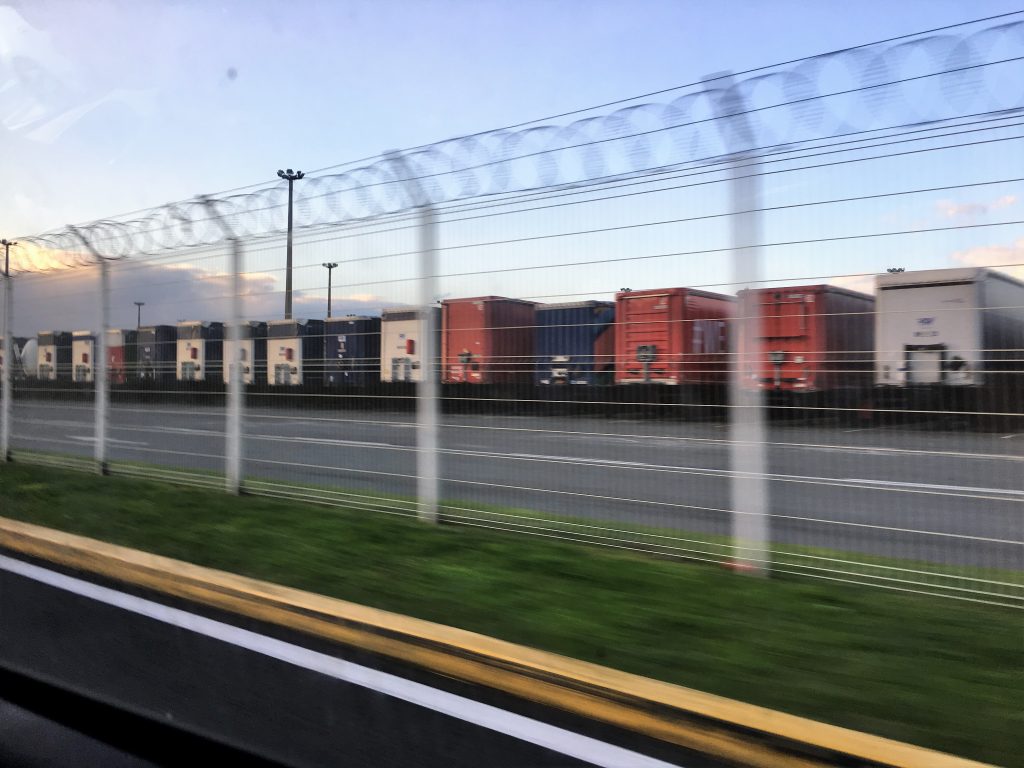 A severe shortage of lorry parking in the UK is placing the lives of lorry drivers and the public at risk, and making it easier than ever for thefts from lorries to occur.

Consider the position of a long-distance lorry driver: after driving your load for hours you are coming up to your legally required daily rest period. You pull into a lorry park en-route, only to be told there are simply no spaces left. With the clock ticking, you move on to the next one, and get told the same thing. In desperation you park unsafely at the side of the carriageway. A few hours into your rest period you are struck from behind by another vehicle.

What if, instead, you were carrying a consignment of high value cargo for a supplier. Unable to find space in a secure lorry park, you take your rest period in a quiet layby. You wake to find your trailer broken into and your high value goods stolen. Would the supplier be sympathetic to your parking difficulties, or would they blame you for failing to park on a secure site?

These are the scenarios facing operators and drivers day in, day out, across the UK. With 2015/16 seeing a 10% increase in goods moved by HGVs over the period 2014/15, it is unlikely that this problem is going to go away on its own.

Unsafe parking, regardless of whether it causes an accident, is a criminal offence. Not only can it lead to prosecution and conviction before the criminal courts, it is also likely to result in a Driver Conduct Hearing before the Traffic Commissioner. Likewise, the theft of a load parked insecurely will usually lead to an increase in insurance costs and could place important supplier contracts in jeopardy.

The good news is that pressure to act is mounting. In recent months MPs and industry bodies have increasingly called for a large-scale expansion of the lorry park network, with assistance from government funding. With environmental and planning permission laws as they stand however, such initiatives are likely to take time. In the meantime, drivers and operators will continue to have their loads broken into and find themselves before both the courts and the Traffic Commissioner.

Our lawyers at Smith Bowyer Clarke have many years of experience in representing drivers and operators before the criminal courts, and at both Driver Conduct Hearings and Public Inquiries before the Traffic Commissioner. As a specialist Road Transport law firm, our expert lawyers can take you through the entire process from start to finish. Get in touch to find out how we can help.