How Safe is the Food in your Fridge? 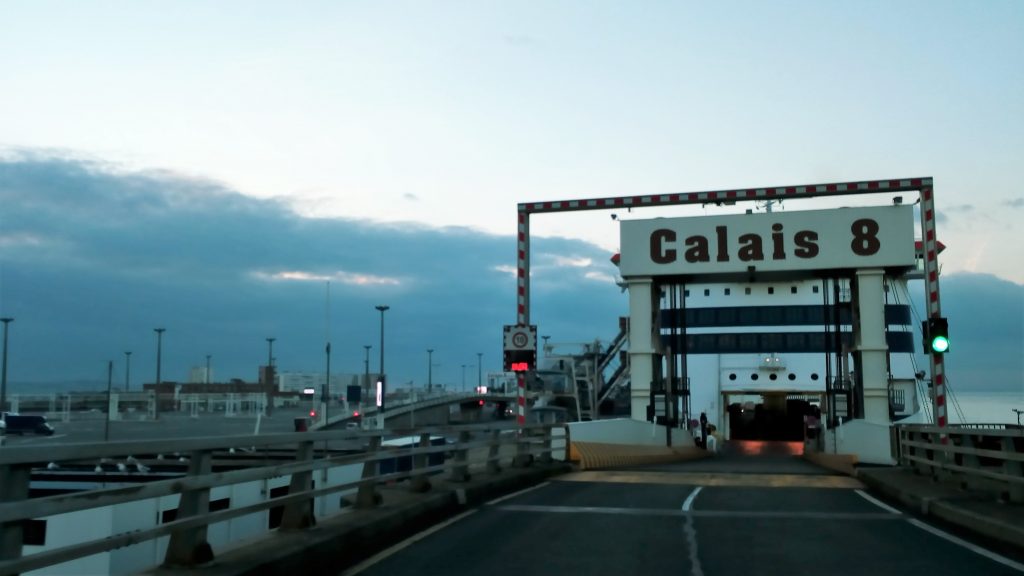 The Calais migrant situation started 20 years ago. It reached its peak in 2016 when there were around 10,000 migrants at the infamous Calais Jungle.  The shanty town has gone but the risk to food safety has not. In fact, it’s worse now.

People smuggling has become a sophisticated business with gangs charging €5000+ to stowaway a migrant hopeful.  HGV drivers are reportedly offered in the region of €600 per stowaway to ‘look the other way’ whilst they are embedded in the load. Migrants are inserted hundreds of kilometres from Calais. The longer they are in the load the more contamination occurs.

90% of trucks crossing the channel are foreign. Half of these are eastern European as it is perceived that the drivers work harder and are paid less. A recent report by CNR Paris revealed that a Bulgarian driver costs €0.11 per kilometre whereas a Belgian equivalent would be more than four times that amount. The minimum wage in Bulgaria is circa €1.50 per hour (six times less than the UK)

The gangs liked the Jungle. Not as a source of business but as diversionary tactic. It created confusion and put the detection processes under stress.     It is not unusual for a vehicle to be carrying sacrificial stowaways to distract the authorities in the event of a find.

The Border Force reported 56,000 migrant attempts detected in a 12 month period (http://www.bbc.co.uk/news/uk-england-41029999). The second highest figure in seven years. Nobody knows how many get through or how many loads are contaminated.

Refrigerated trailers are the preferred host vehicle for the people smuggling gangs. They are easier to get through the Calais detection process.  Soft sided vehicles pass through Passive Millimetric Wave Imaging (PMMWI) equipment (like x-ray only not as detailed) and any irregularities are investigated with a manual vehicle search – not by Border Force but by Calais Port staff. The equipment they are using is supplied by the Home Office but the operators are French.

Solid sided vehicles do not pass through the PMMWI scanners. The equipment is not strong enough to see through the fridge panels of the trailer.  Instead, these vehicles pass through a heartbeat detection shed. Again this equipment is supplied by the UK Home Office.  Two geophone sensors are placed on the ground (to calibrate the background noise) and two are placed on the body of the trailer. The driver gets out of the truck. The engine and refrigeration unit are switched off.  An irregular signal suggests migrants present.  The process takes around 10mins and the volume of traffic is high.  The equipment supplier also provides similar equipment to aid security at Nuclear Power Stations, military bases and sensitive borders around the world. The equipment at Calais does not work as intended. The sensitivity has been turned down (so more trucks can be handled more quickly) and the analytical link back to base has been turned off.

On a recent visit to Calais Port I asked myself the question “why do you do this?”  Then it dawned on me. Indirectly the port focuses first and foremost on  the haulier not the cargo owner. Should the haulier arrive at the juxtaposed UK Border with migrants on board the driver and his company can each be fined up to £2,000 per migrant. Five migrants can result in a fine up to £20,000.   If Calais staff find the migrants no offence has been committed. No Border Force penalty.  No consideration is given to the cargo. The migrants are removed and the ‘clean’ vehicle passes the UK Border without issue.

Border Force check less than 10% of trucks at Calais.  The Port staff, reportedly, check 100%.  Clearly the checks are not effective as Border Force still issued 3,552 penalty notices in 12 months, equivalent to one every two hours!  (http://www.dailymail.co.uk/news/article-4638450/Record-fines-lorry-drivers-smuggling-immigrants.html). The civil penalty liability rests with the trucking company not the French operators who are supposedly checking the vehicle.

When Border Force find migrants in amongst a load which is for human consumption they report the matter to the Food Standards Agency as a Food Incident.  Remember they only check around 10% of trucks and those that are ‘cleaned’ by French staff, even if food, rarely make it to an FSA report.

Nearly 6,000 trucks a day pass through the channel ports en-route to the UK.  Refrigerated vehicles make up around 15% of this flow.  However, as the preferred host vehicle they make up more like 30% of the vehicles found with migrants on board.

56,000 migrants in one year would be equivalent to around 10,000 trucks.  Roughly 3,000 of these would have been carrying food so it would not be unreasonable to  expect an equivalent number of migrant-related food incidents in the recent FSA report. You would be wrong.  FSA reported just 300 food incidents in their recent report (https://www.food.gov.uk/sites/default/files/annualreportofincidents2017.pdf).

Oakland International based at Redditch are specialists at assessing loads that may have been contaminated by clandestine incursion. They work with major food brands to protect the food intended for your home. Oakland are one of the only fully accredited companies providing this service and, significantly, they assess loads in full isolation to prevent cross contamination.  Last year Oakland handled 250 contaminated loads.   It is estimated that 10,000 food loads were infected by stowaways last year.

There are many ‘back-street’ clean-up options. If migrants are found on board, many of the less scrupulous hauliers can be tempted not to report the matter to the customer, but instead to have the load cleaned-up in some way before attempting final UK delivery. The retailer is blissfully unaware of the situation and has no reason to doubt that the transport movement has not proceeded as intended.    Often that delivery is successful.   So how safe is the food in your fridge?

This entry was posted in Civil Penalties for Clandestine Entrants / Border Force and tagged Channel Ports, Clandestine entrant, Guest Article, hauliers, migrant. Bookmark the permalink. Follow any comments here with the RSS feed for this post. Both comments and trackbacks are currently closed.